The 2010 Missouri Taxidermy Convention and Competition

gr* Something really special happened at the awards banquet when James Graham gave up the George Wallace award which he had won for having the best whitetail mount from a MO competitor. James felt that Michael Goodman deserved the award for having the highest scoring whitetail, regardless of where Mr. Goodman resides. The following are comments Mr. Goodman posted on his Facebook page for everyone to read, and I thought (with his permission) I'd share them here as well.

I love the award with the deer picture on it, but the Missouri state shaped award has a special place. It was actually won by a man named James Graham. The award is a traveling memorial award that goes to the best whitetail and it is only for Missouri residents, I live in Nebraska. James had the best whitetail of a Missouri resident and by the rules the award was his fair and square. James accepted the award and when walking back to his seat he made the classiest move I have ever seen in a competition. He passed the award on to me in front of the entire association and said he didn't want something that he didn't earn, and said that my deer was the best one and it should get it. I didn't know what to say and I hope I didn't sound stupid when I accepted it from him. Do I feel a little selfish taking the award because I am one that is not all about the awards? Yes I do. I go to shows to have fun and see old friends and make new ones; the awards are just a bonus. I never met James before this past weekend but he is a damn good taxidermist and he deserves every award he is called for and for him to give one up like that is classy. I hope he knows that I am blown away by his actions and very grateful for what he did and I will be back next year. Michael Goodman 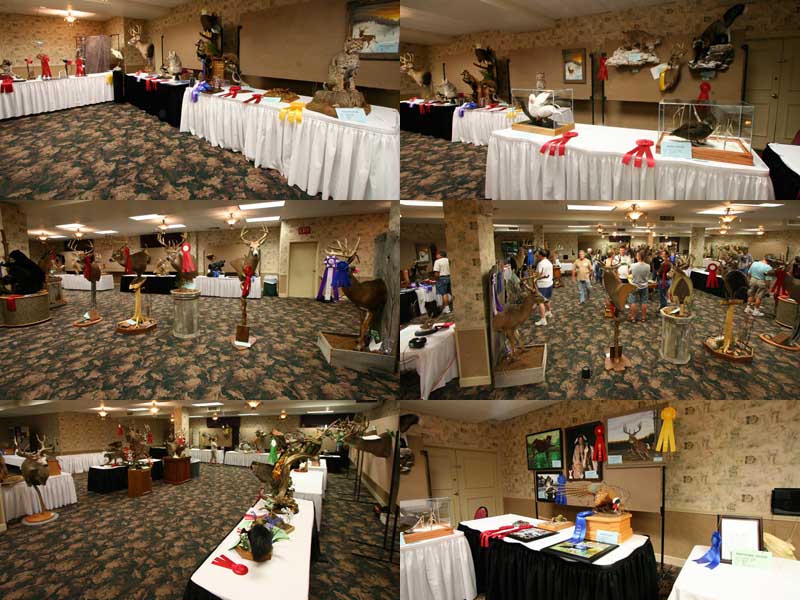 All photography provided by Codi Wissman, and is subject to copyright.